Updates to Frederick's profile since your last visit are highlighted in yellow. 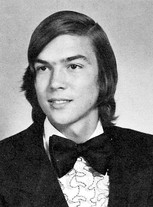 Hey TLHS friends! Long time no see! After high school I went to Humboldt State in Arcata and then UC Santa Cruz, eventually completing my BS in Social Sciences at Humboldt in 1982. Afterwards, I went to teach English in Indonesia for a year and then 1 1/2 years later did the same in mainland China for two years. After getting home, in 1986 I became an interpreter for the US Dept. of State in both Indonesian and Mandarin, though I eventually dropped the Mandarin. I went on to become the top Indonesian interpreter and had the privilege of interpreting for Bill Clinton and G.W. Bush in the White House and many other dignitaries from around the world. I also became an RN in 1992, as I was away from home too much with interpreting. So from then on I worked part time with State and part time as a nurse, first in oncology (cancer), then hospice and finally psych. In 2001, I was awakened to major cover-ups and corruption that set me on a new path. I developed a whole suite of websites backed by the nonprofit PEERS to help educate and empower people on both personal and global levels. Check out this great work at the website peerservice.org. You can read about my fascinating journey at wanttoknow.info/g/fredburks/down_the_rabbit_hole. It's be a wild and crazy journey since those days at TLHS, for which I'm extremely grateful. I look forward to seeing you at the reunion.

Our awesome coach Barney in cross country and track and the many escapades we all enjoyed. Hanging out in the back of the amphitheater. One teacher's Volkswagon bug being dismantled and reassembled on the roof as a senior prank. Lots of good times!